Jen Lewis Posted on June 20, 2019 Posted in Notes from the Light 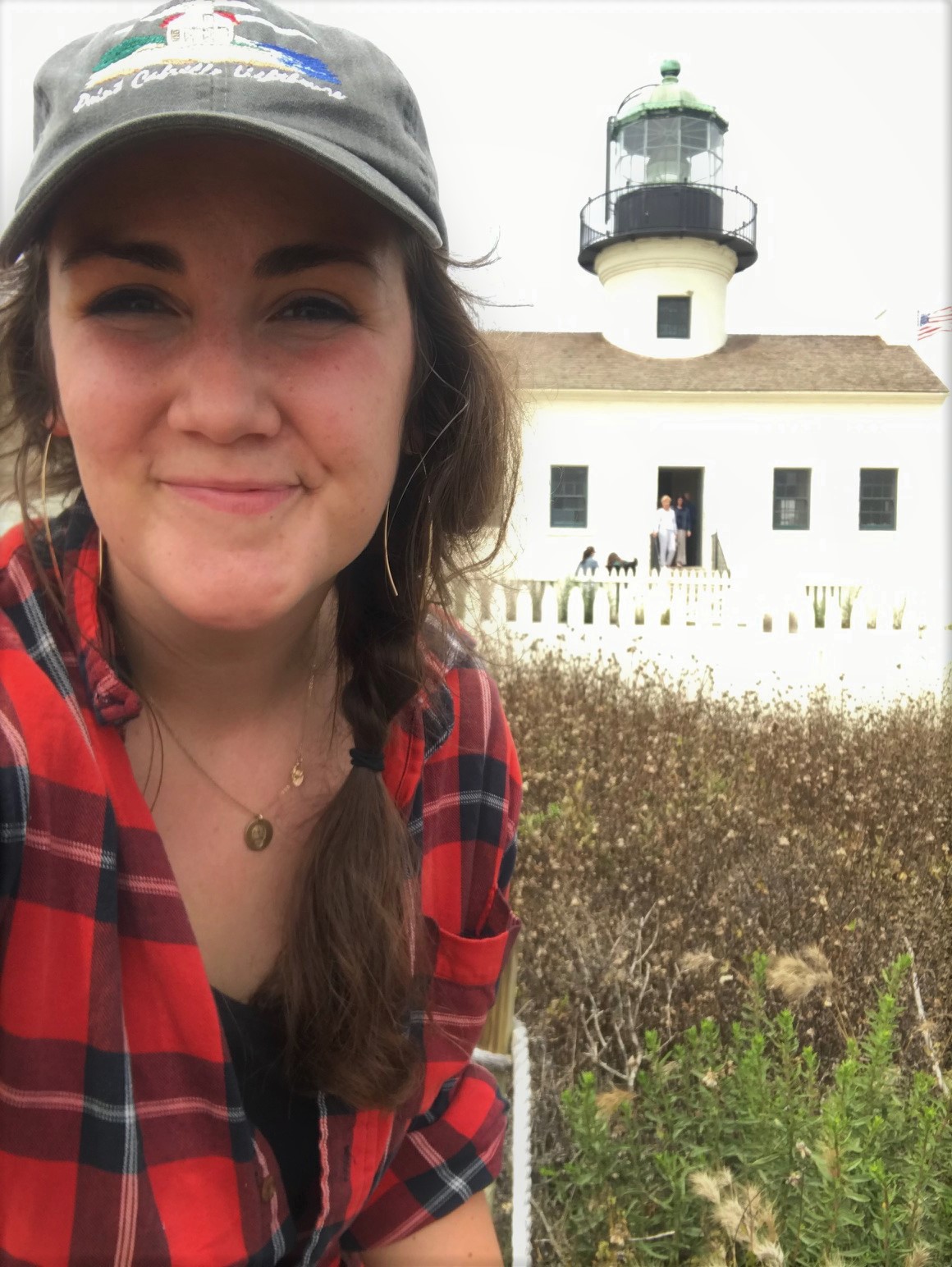 It has been a longstanding goal of mine to visit every lighthouse on the West Coast. Earlier this month I had the opportunity to gain another stamp in my Lighthouse Passport with a visit to the Old Point Loma Lighthouse in San Diego.

I of course wore my Point Cabrillo Lighthouse baseball cap, primarily because this lighthouse is on a site with a name that might sound familiar: the Cabrillo National Monument.

The Cabrillo National Monument in Southern California is named after the same fellow as our Light Station in Mendocino: Juan Rodriguez Cabrillo. Cabrillo was an explorer in the 16th century that sailed under the Spanish flag – and is the first known European to set foot in present-day California. 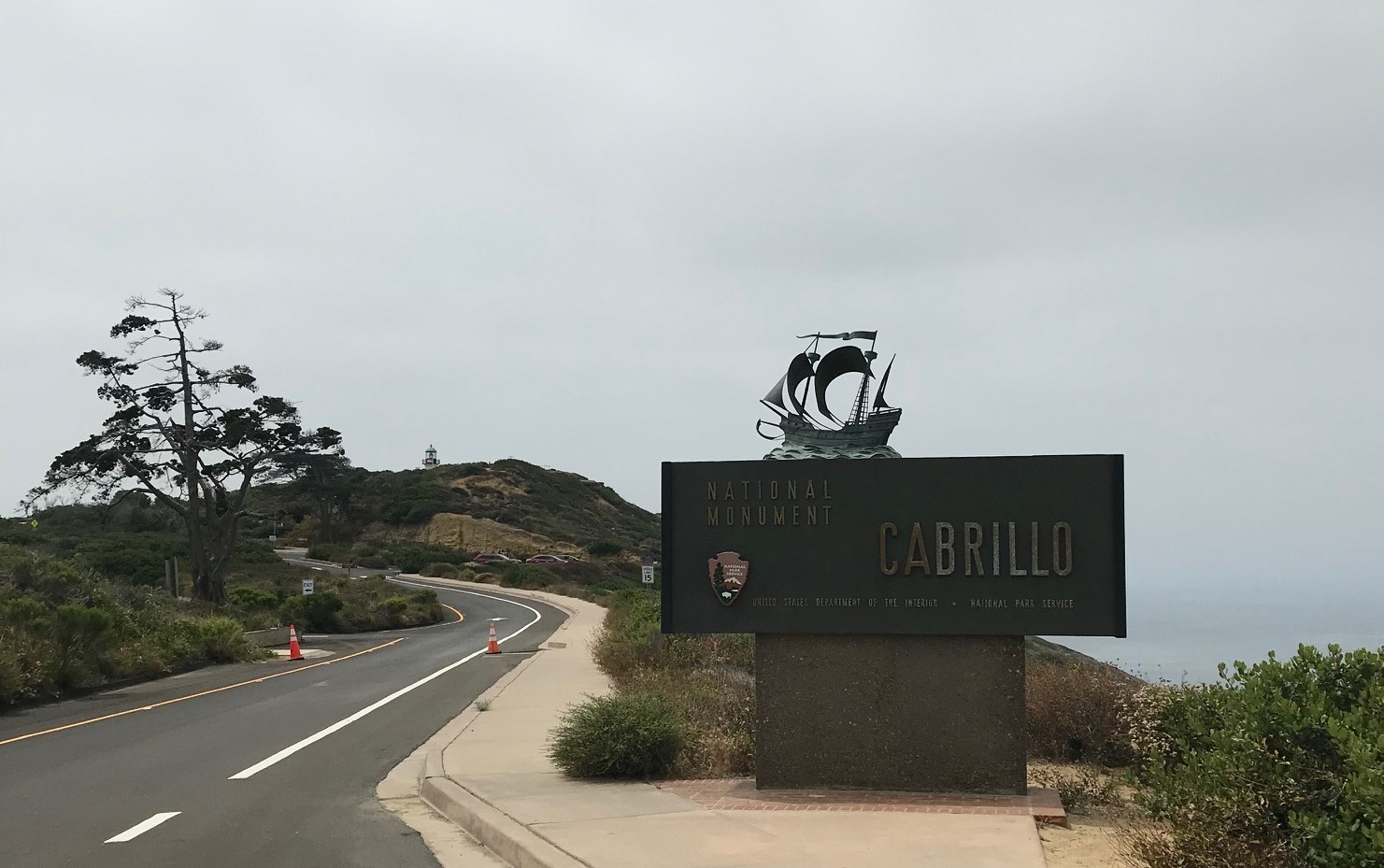 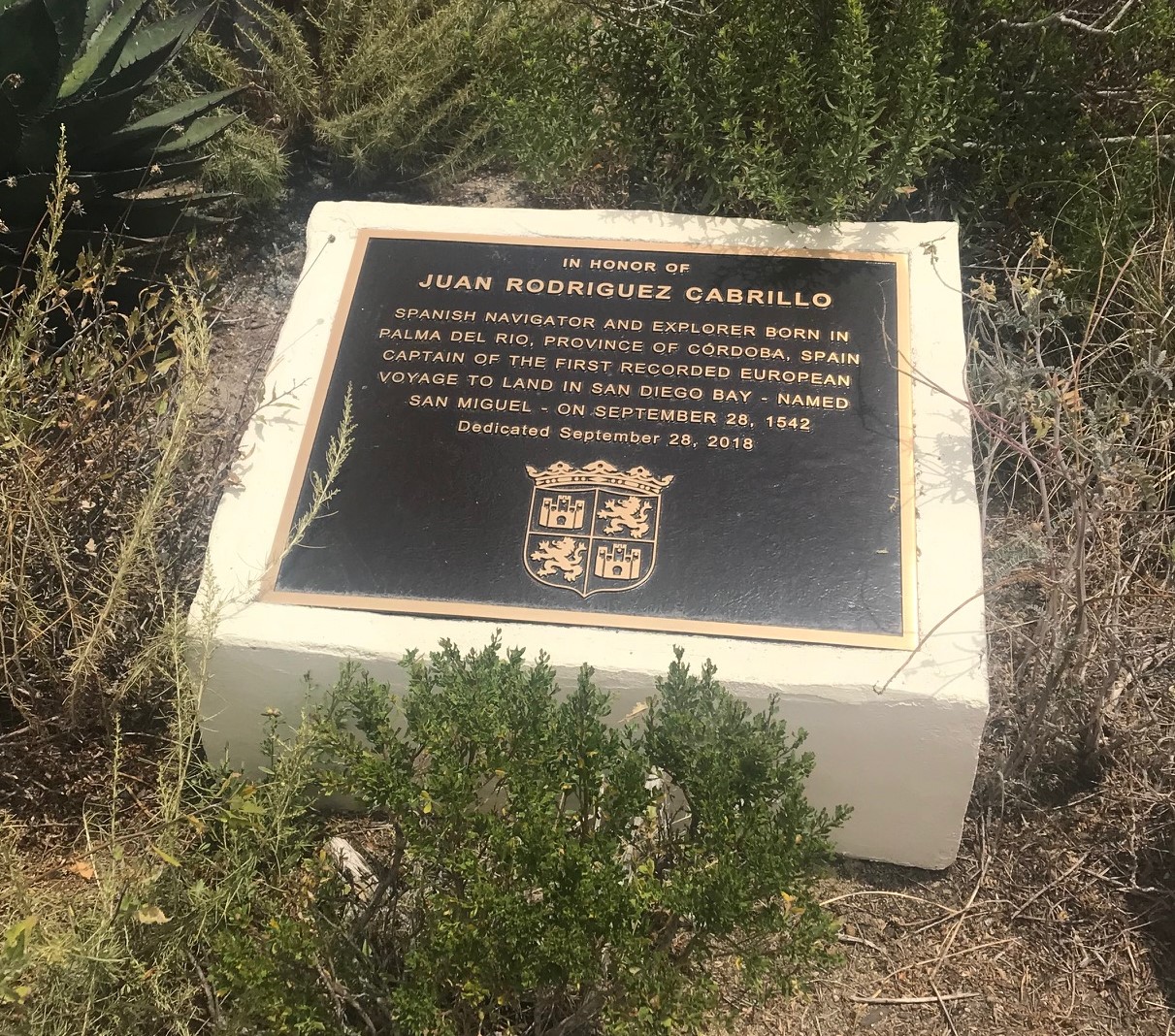 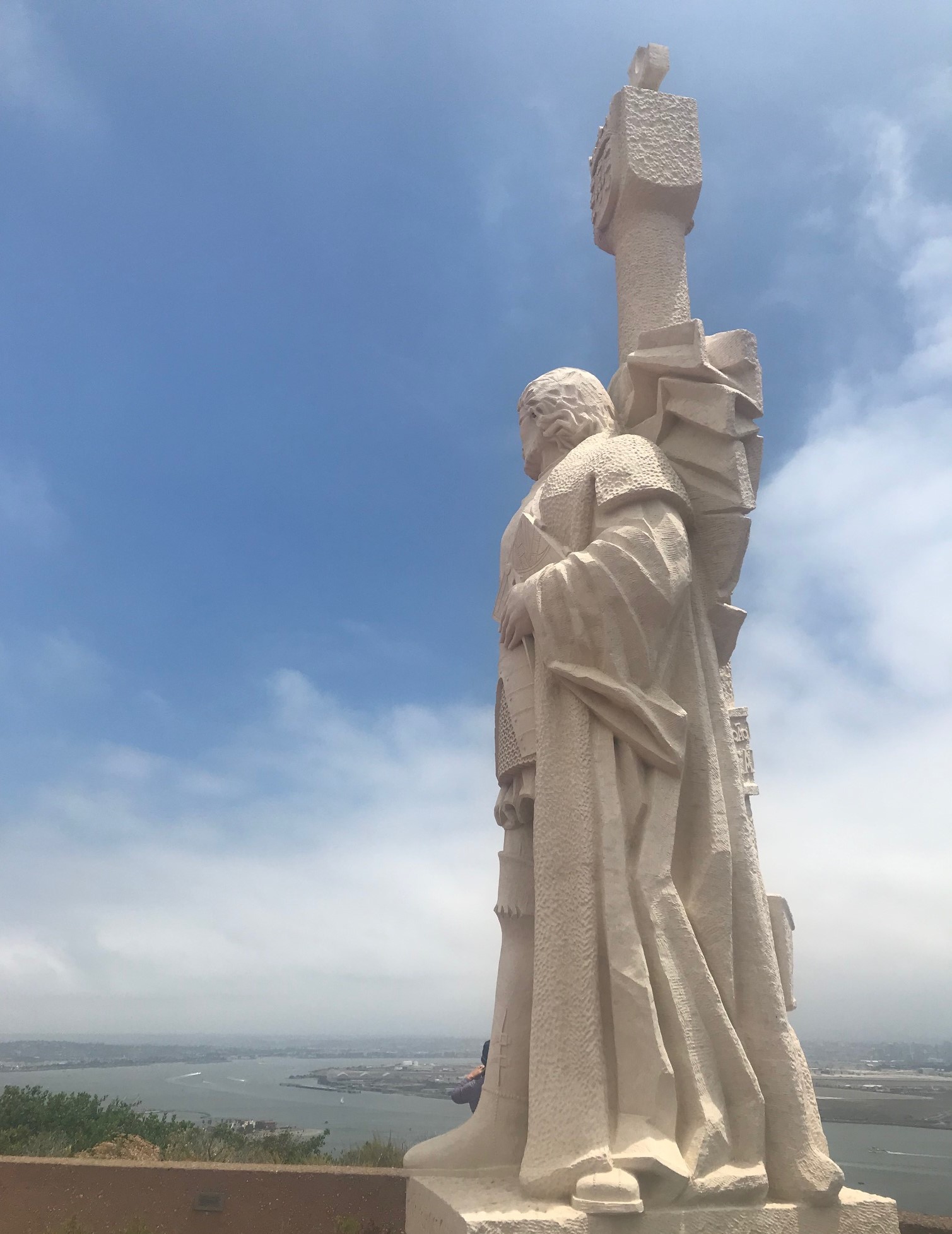 Cabrillo and his men sailed along the coast of California all the way up to the Point Reyes area before turning around and heading South once again. Although they didn’t make it all the way to the Mendocino Coast, his name and image lives on throughout our state. The Cabrillo Highway, The Cabrillo Monument, Cabrillo College and Point Cabrillo Light Station are just a few of the places that bear his name and give homage to his exploration of California.

But of course – the real reason I visited the Cabrillo Monument was to see the beautiful Old Point Loma Lighthouse.

Located high atop a bluff overlooking the San Diego Bay, the original Point Loma Lighthouse was first lit in November of 1855. It was one of the original six lighthouses on the West Coast ordered by the Lighthouse Board. High up on top of that bluff, this lighthouse had the highest elevation of any in the United States, but that unfortunately proved to be its downfall.

Fog and low clouds around the San Diego Bay frequently obscured the light at Point Loma, making its presence useless for incoming ships. Just 36 years after it was built, the lighthouse was deactivated, and replaced by the “New” Point Loma Lighthouse, situated closer to sea level. While the old lighthouse had a focal plane of 462 feet above sea level, the new lighthouse sat at 88 feet. (Here at Point Cabrillo, our focal plane is at 81 feet above sea level)

Both the Old and the New Point Loma Lighthouses had third-order Fresnel Lenses, just like ours at Point Cabrillo.

The keepers at the old Point Loma Lighthouse lived inside the lighthouse itself, on the first and second floors of the building. Today, it is open to the public to view what lightkeeper life would have been like in Southern California in the late 1800s. 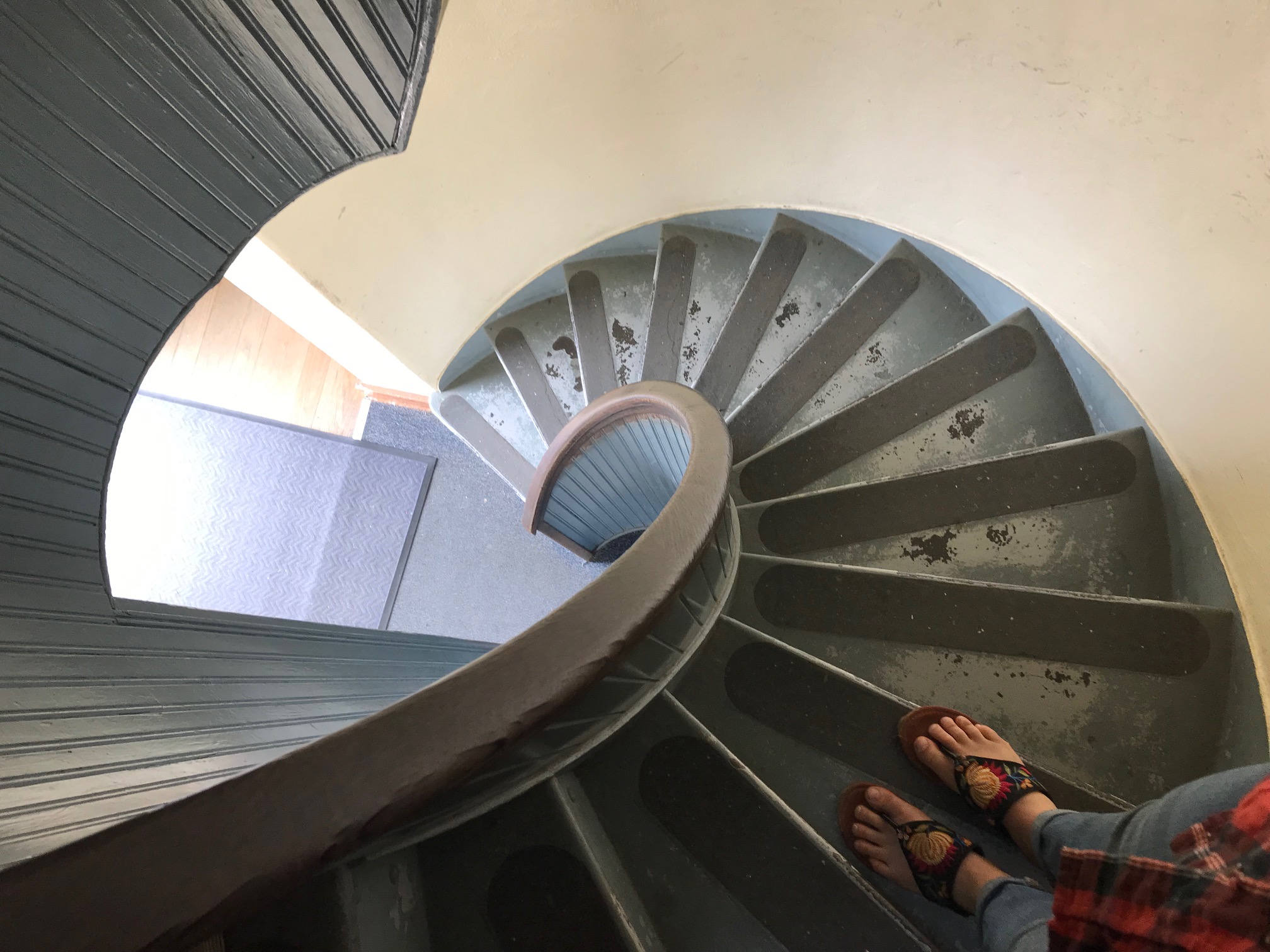 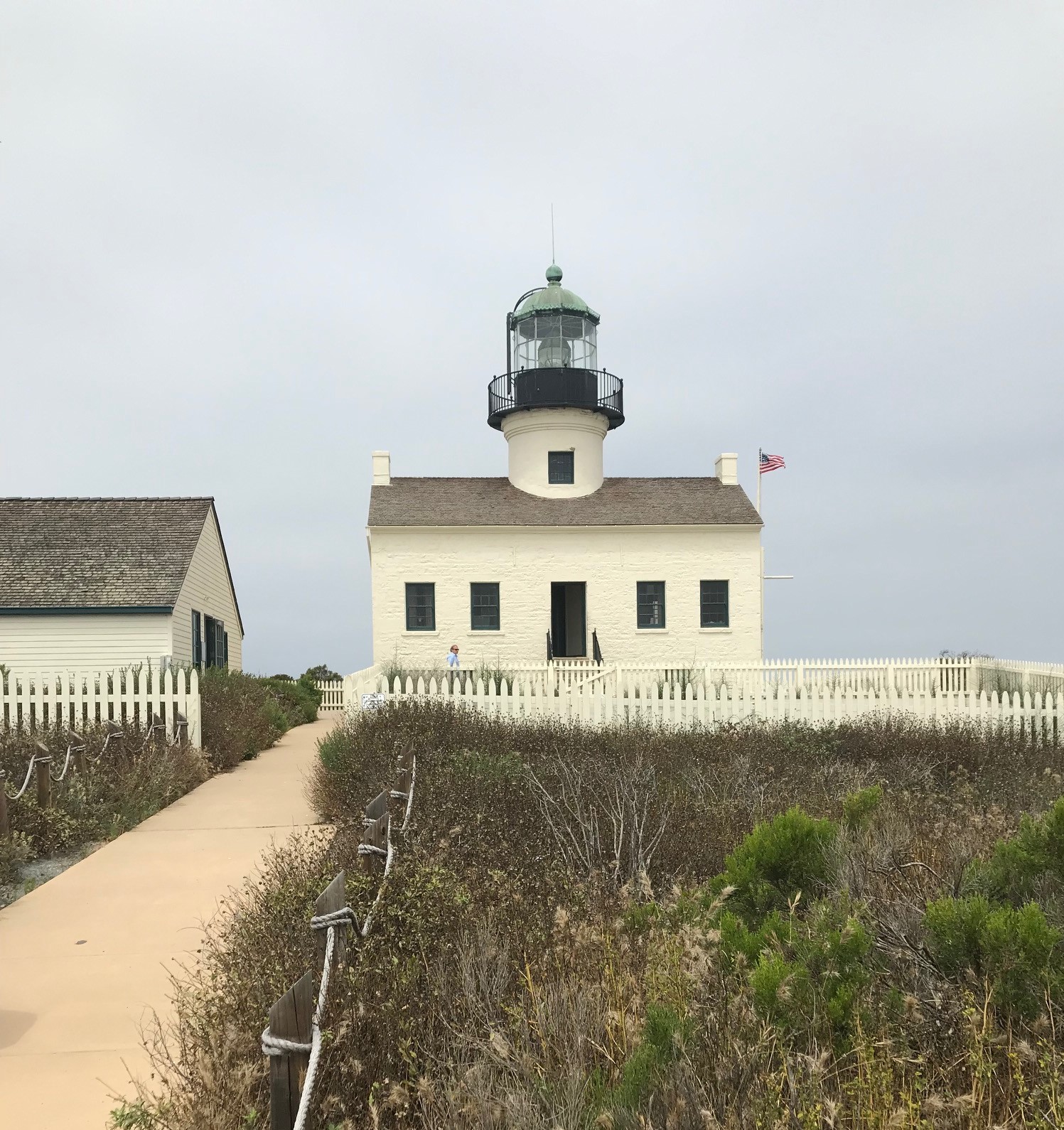 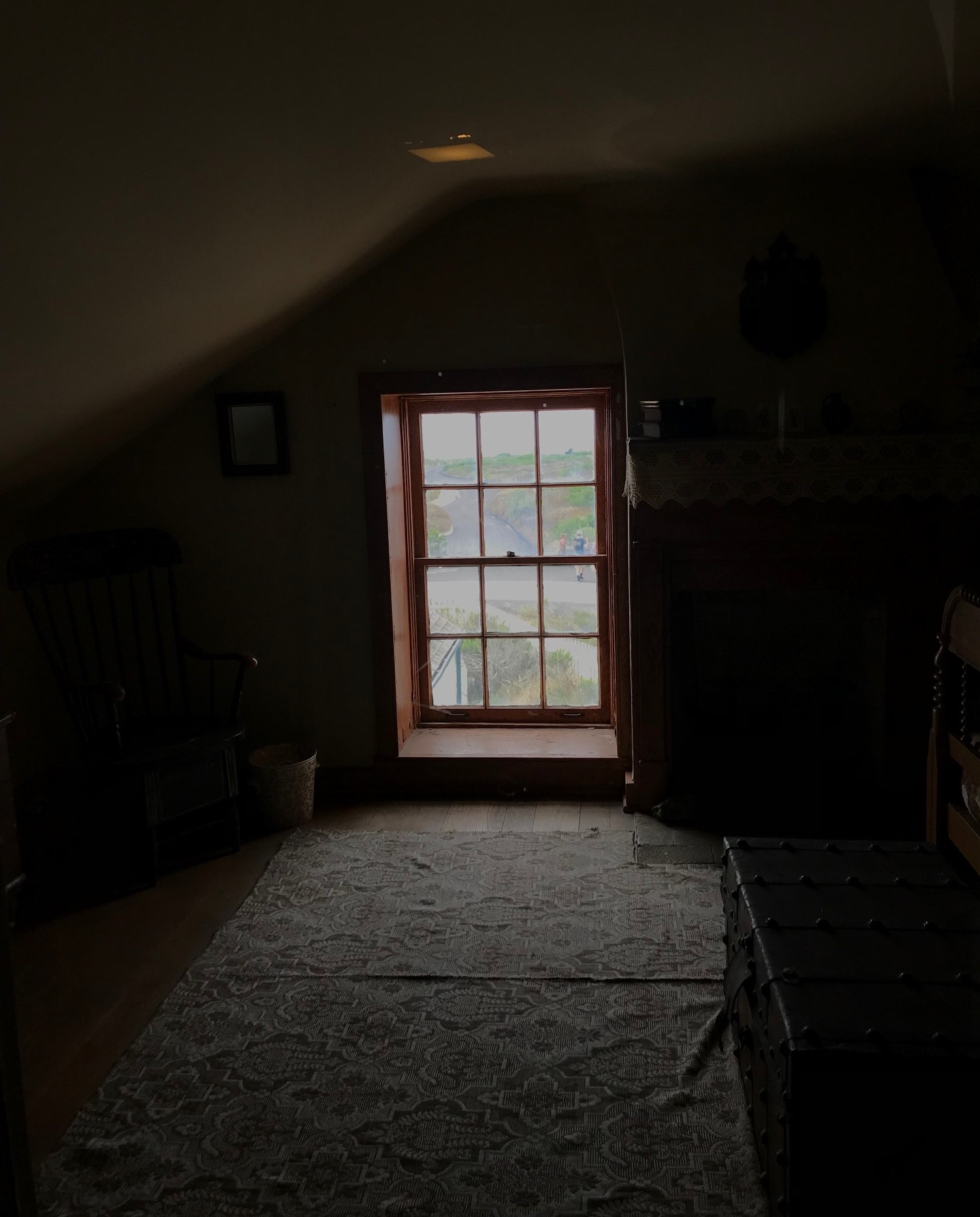 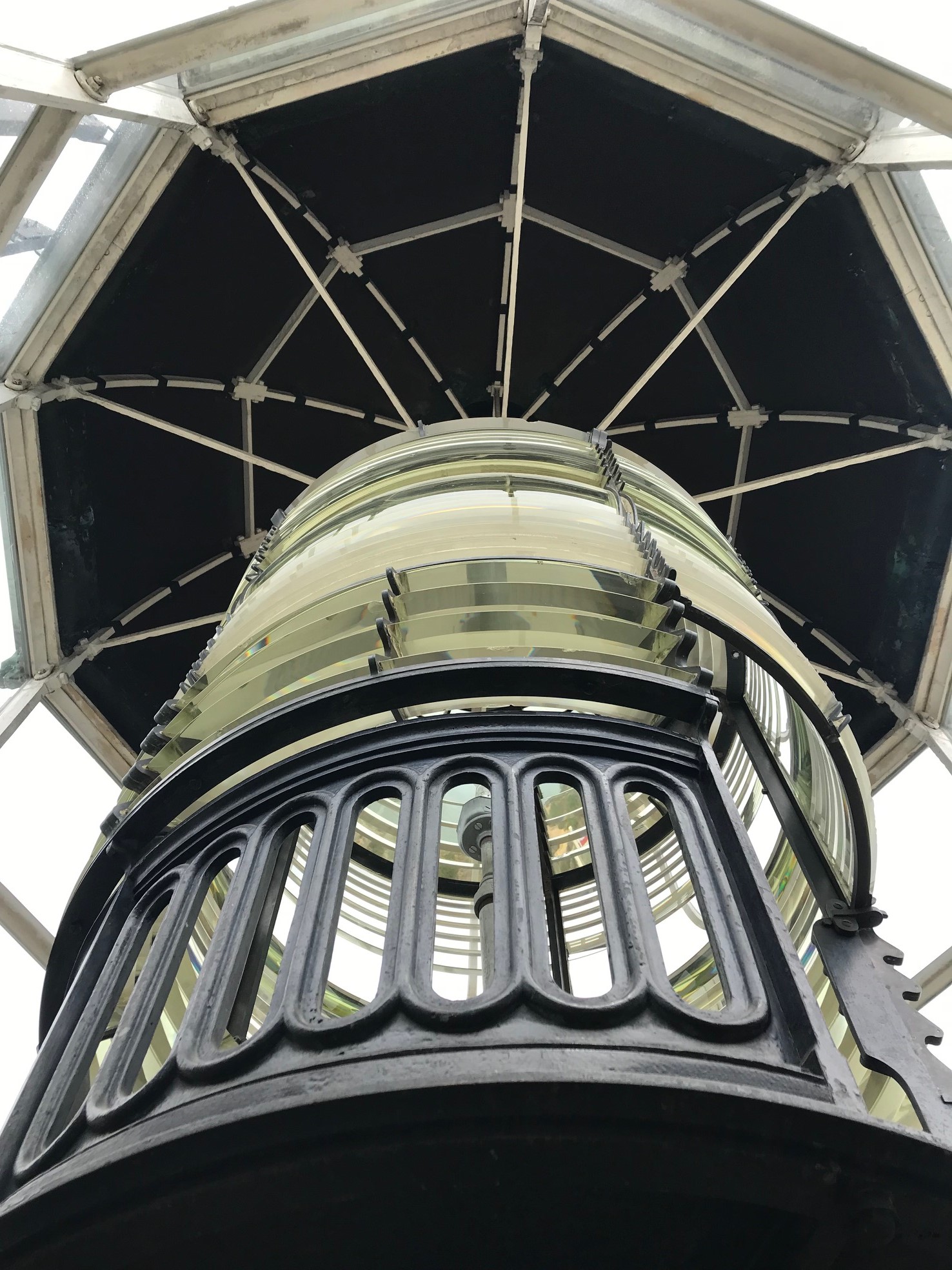 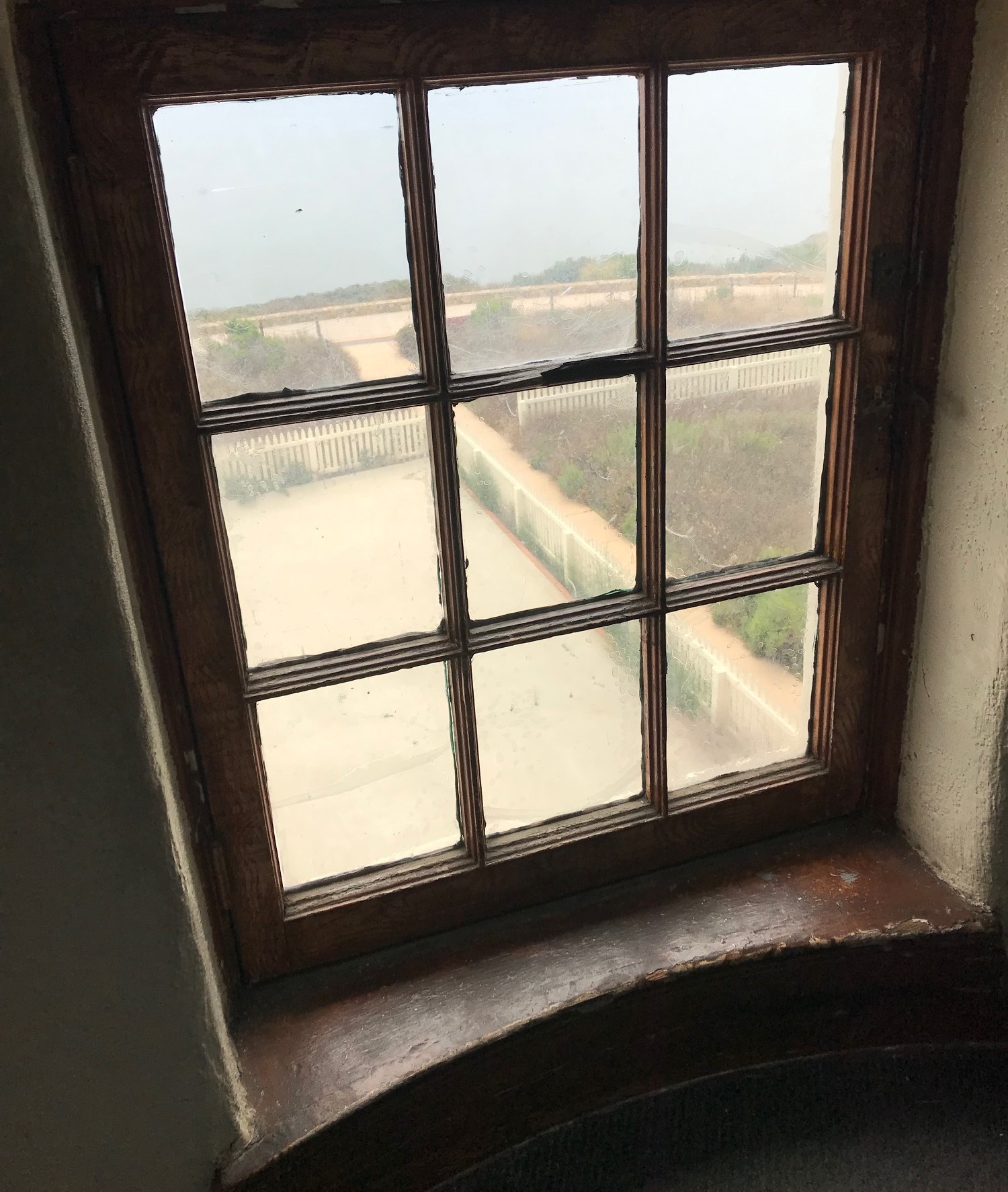 Adjacent to the lighthouse is a small building which first served as their storehouse for oil and wood, but was converted into a small apartment for lightkeepers in 1875. Today, that building houses the third-order Fresnel Lens that once lit the lens room of the New Point Loma Lighthouse. 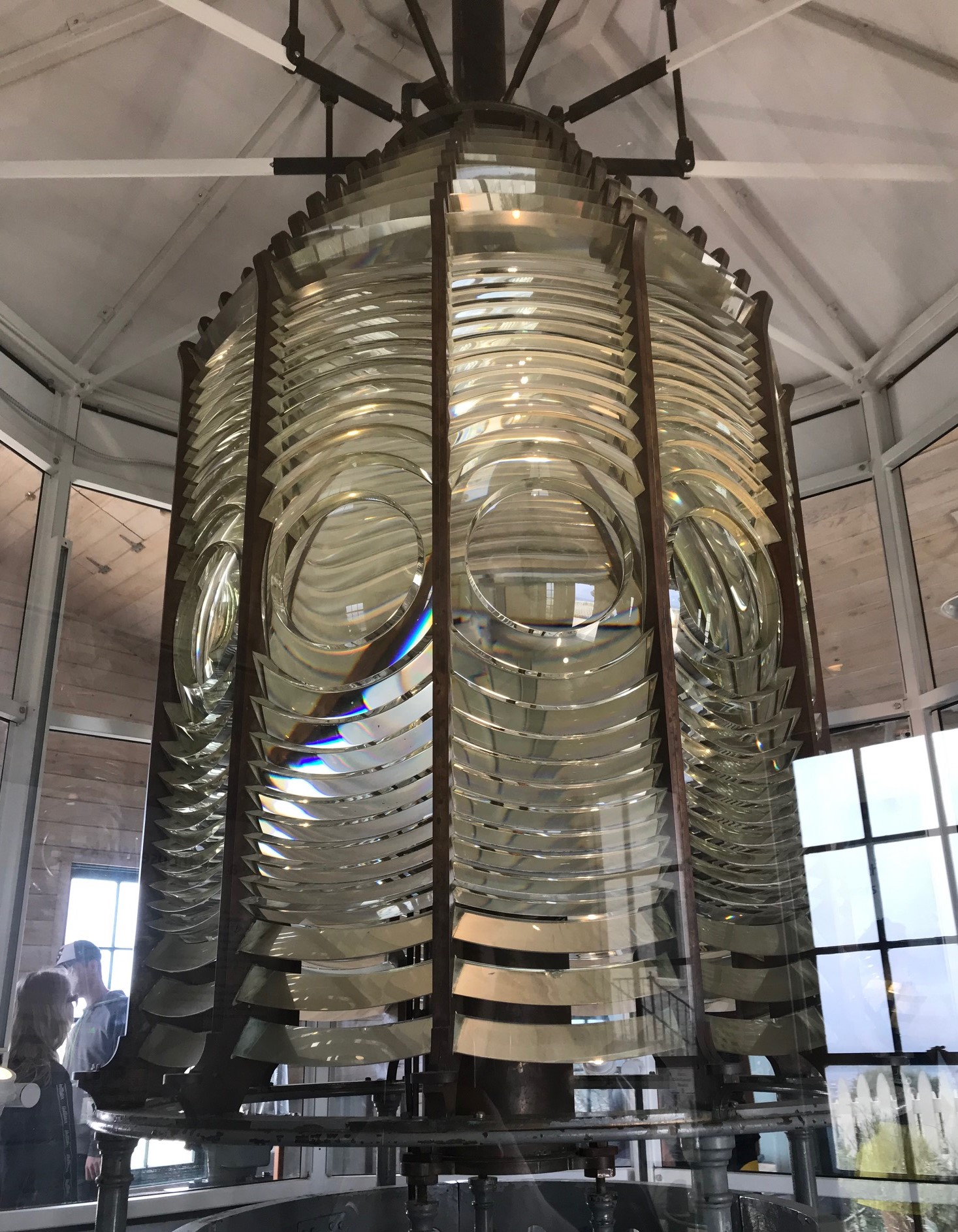 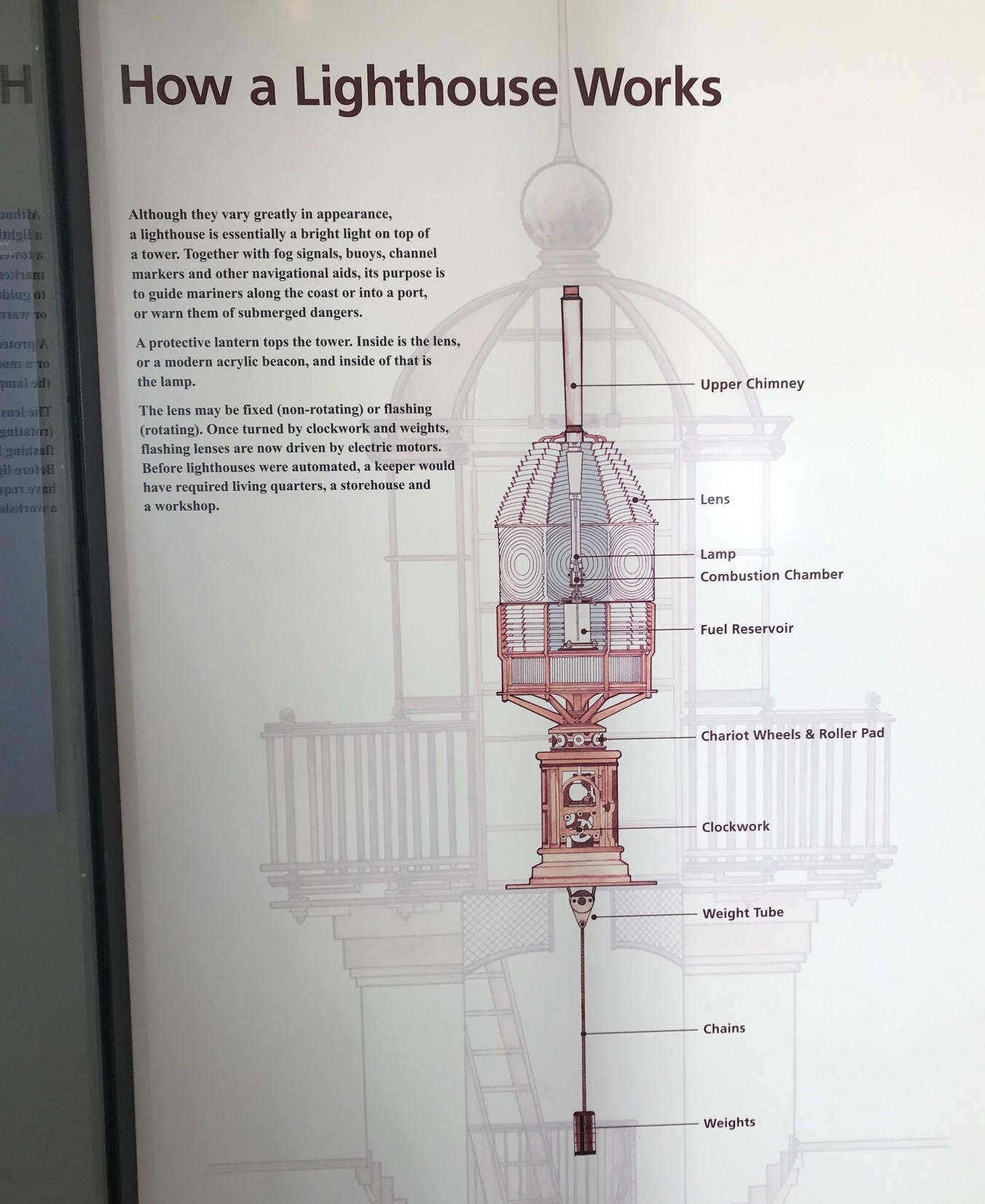 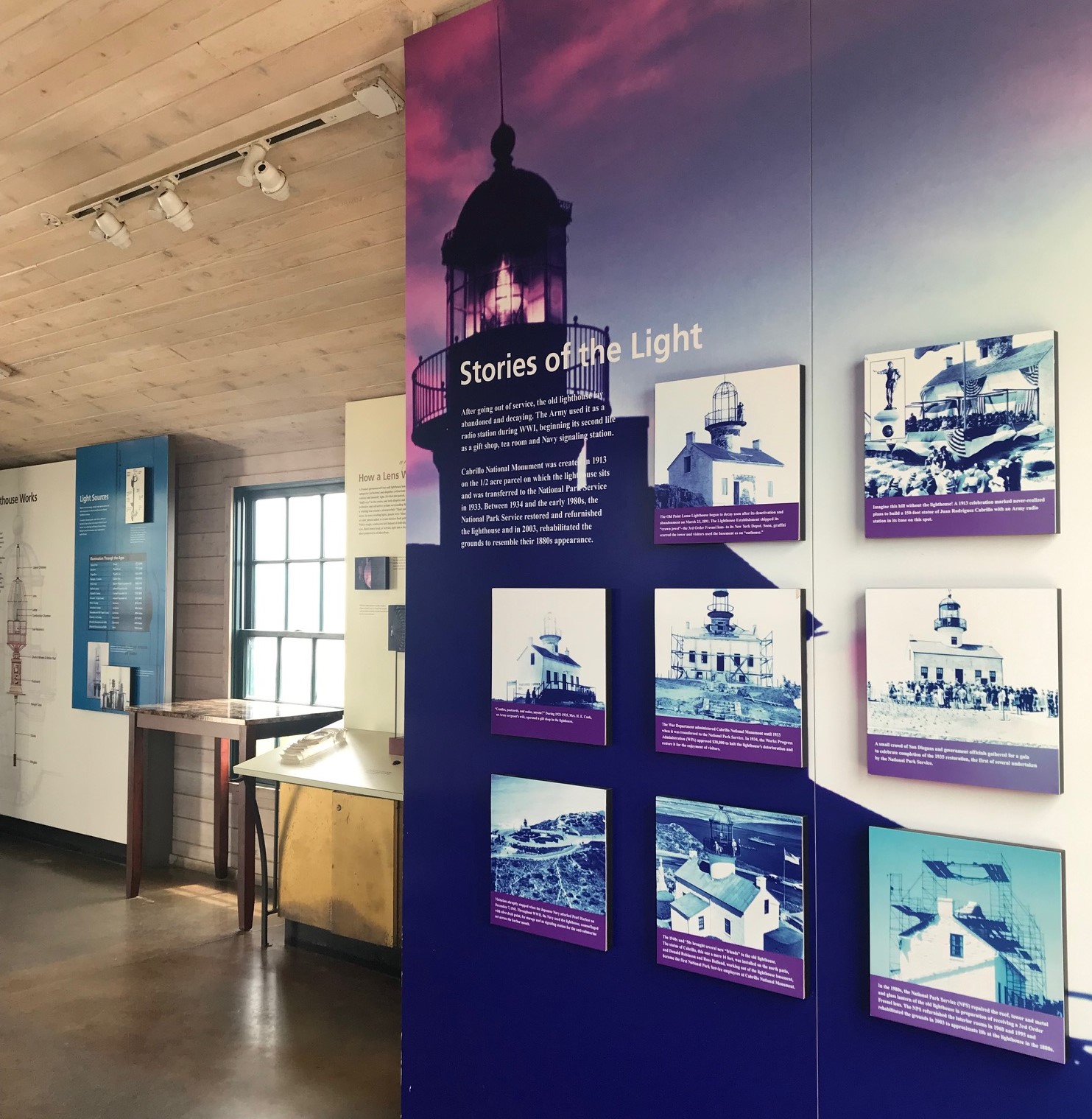 The museums and the grounds at the Old Point Loma Lighthouse and the Cabrillo Monument are absolutely beautiful, and it was such a treat to tour around the property. I hope to go back for an Open Tower Day there someday!